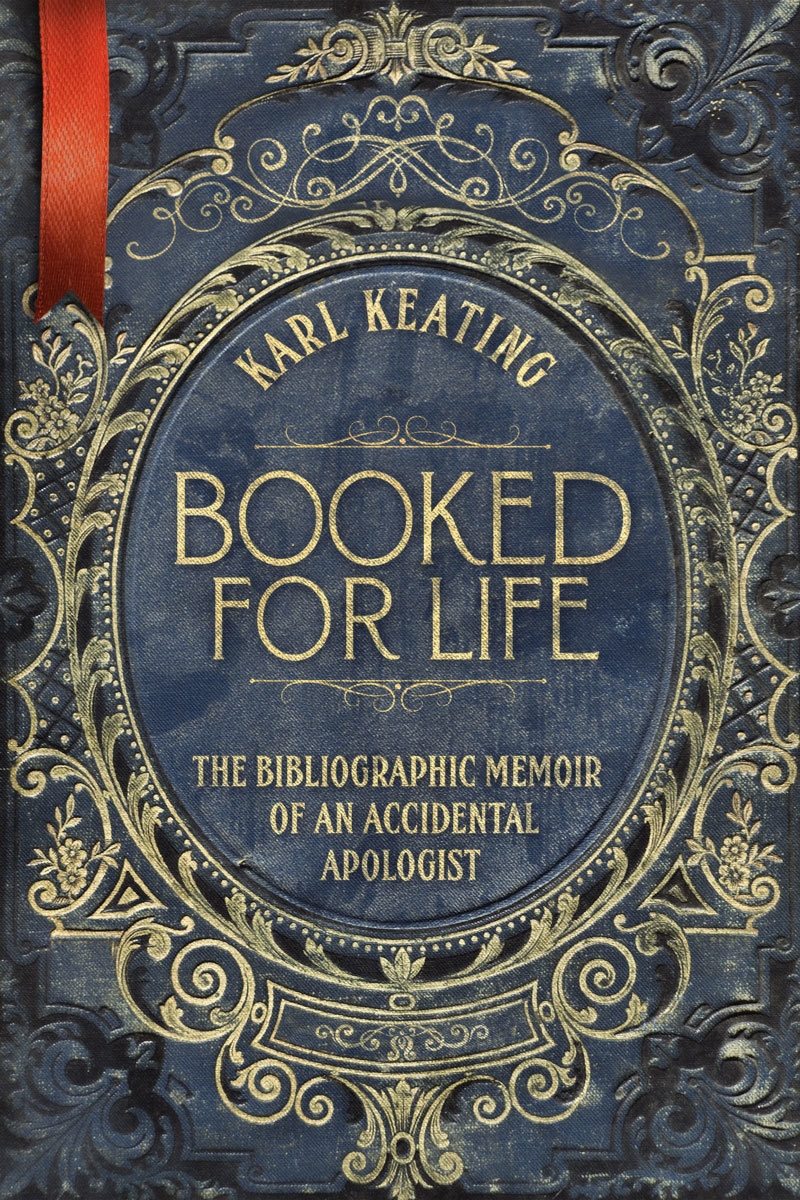 “Fr. William G. Most (1914-1997) will not end up numbered among first-rank apologists, but his book Catholic Apologetics Today (now out of print) came to my attention just when I could profit from it. It appeared as I was putting together the newspaper columns that, when collected and revised, became my first book.

Every Fundamentalist I have dealt with—or so it has seemed—has faulted the Catholic Church for teaching, supposedly, that we are saved through good works. We earn our salvation by what we do.

Although I took the usual route of referring Fundamentalists to James 2:17 (“faith without works is dead”), I learned early on that that scriptural verse failed to make much of an impress on them.  A few seemed to be wholly unfamiliar with that book. That might seem unlikely, given that Fundamentalists style themselves “Bible Christians,” but many of them read (or study) only those parts of the Bible recommended to them by their preachers. Those who read the whole of the Bible often have little appreciation of the import of some passages, such as John 6, in which the Eucharist is promised and described. James’s comment on works is another. “Faith without works is dead” either is passed over or, at most, is interpreted to mean that good works have no significance higher than public affirmation of having “accepted Jesus Christ as Lord and Savior.” Doing good works is a good thing—but not a necessary thing.

It was through reading Most that I adopted a formulation that helped clarify the discussion. It came from his making a distinction between the way James wrote about faith and the way Paul wrote about it. They used the same word but in differing senses.

“Is it true that there is salvation in faith alone?” asks Most. “Definitely, yes!” It is “the chief theme of Galatians and Romans.” Yet James could write that “a man is justified by works and not by faith alone” (James 2:24)—a seeming contradiction.

Either salvation is by “faith alone,” as Luther so imperiously insisted, or it is not; either it comes through faith and nothing else or through faith plus something else. Which is it?

Most made the obvious point that the issue here is with the meaning of the word faith as used by the two apostles. The word was not used univocally. James “clearly uses faith to mean, narrowly, just intellectual acceptance of a revealed truth.” To faith in that restricted sense one needs to add good works. We see this confirmed by Paul himself in Romans 2:6: “He will repay to man according to his works.”

Here comes the crucial part. Most says that “Paul does not mean that works can earn salvation—but violation of the law can earn eternal ruin.” (do good/avoid evil*.  how? by doing good!) Paul does not disagree with James, but he uses a broader sense of faith: “total adherence of a person to God in mind and will. This, in turn, implies certain things.” Chief among the implications is that works have a kind of negative role to play in salvation, this being the main takeaway I had from Most. We can affirm that salvation is through faith, but salvation can be forfeited through sin. Salvation is a gift, but any gift can be rejected or returned to the giver. Something taken on by compulsion (Ed. or forced on you, i.e. slavery, the “gift” of faith) is not a gift.

Once a Christian is in the state of grace (Ed. the “readiness/worthiness/ability to receive/having received” the gift), through baptism or through repentance followed by sacramental confession, s/he is, at that moment, “saved”: were s/he to die in that state (Ed. of grace, readiness/worthiness to receive/having received), he would end up in heaven, even if with a sojourn through purgatory. But his/her state is precarious. There is no adult Christian who has not fallen out of grace through sin. “All have sinned and fallen short of the glory of God” (Rom. 3:23). Someone who has not fallen short of the glory of God, however transiently, is someone who is imbued with God’s grace (Ed. “O Mary conceived without sin…”; Hail Mary, full of grace…, Immaculate Conception, Assumption, etc.); to fall short is to fall into gracelessness.

This was, for me, Most’s most valuable point. The Fundamentalist, thinking about Catholicism’s insistence that good works are necessary, thinks we believe that we bring salvation to ourselves. (Pelagianism) The Catholic can answer by saying that good works are shields against bad works (do good/avoid evil. how? by doing good!) (Prov 16:27.). Without good works, there is no prospect that a Christian can maintain grace in his soul, the opportunities to fall from grace being ubiquitous and, often enough, seemingly irresistible. Help is needed if they are to be resisted, and that help comes in the form of habitually performing good works, whether in the form of prayer, almsgiving, or something else.

It wasn’t that Most told me something I had not known, but he told it to me in a way that I had not seen before, at a time when I needed a clearer way to convey Catholic teaching to those who were sure the Church was teaching something contrary to Scripture.  Already I was coming to appreciate that often apologetics consists of offering spectacles of varying prescriptions to an inquirer. Only one prescription will give him clear sight; all the others will give him at best indistinct sight. What you want him to see—some particular truth of the Faith—will remain fuzzy to him until you come across spectacles that precisely compensate for his particular defect of vision.”

-from https://www.catholic.com/magazine/print-edition/faith-and-works-0, this is GOOD!!!  You SHOULD read the WHOLE thing!!!  I didn’t say “easy”.  I just said GOOD!!!!

“Following the Protestant Reformation, the Catholic Church held an ecumenical council in the Italian city of Trent to deal with the theological questions that were being debated. The Council of Trent issued the Decree on Justification (DJ), which set forth the Catholic position on the subject…This is the case with the idea that we need to earn our place before God by doing works…According to Trent, “none of those things that precede justification, whether faith or works, merit the grace (Ed. gift) of justification. ‘For, if by grace, it is not now by works, otherwise,’ as the Apostle says, ‘grace is no more grace’” (DJ 8, quoting Rom. 11:6).

This may be surprising, but the fact that the magisterium does not express its teaching in this way is a signal that we need to look more closely at what it says….

…Earlier we mentioned that Protestants tend to conceive of justification as an event that occurs at the beginning of the Christian life (Ed.  “I accept Jesus Christ as my PERSONAL? (what about everybody else?) Lord & Savior! = saved) where we are forgiven and declared righteous by God, and we said that this understanding is true as far as it goes.

But in the Catholic view, there is more to justification than this.

In the first place, God doesn’t simply declare us righteous. He also makes us righteous in justification. Thus the Council of Trent defined justification as “not only a remission of sins but also the sanctification and renewal of the inner man” (DJ 7).

So at the beginning of the Christian life (being “saved”), God forgives our sins and gives us the gift of righteousness.

But He’s not done with us!!!  (Ed. how is THIS NOT obvious?) He wants us to grow in righteousness over the course of the Christian life, and, if we cooperate with His grace, we will.

The Council of Trent harmonizes the necessity of grace and works: “If anyone says that man can be justified before God by his own works, whether done by his own natural powers or by the teaching of the Law, without divine grace through Jesus Christ, let him be anathema” (Session 6; can. 1). 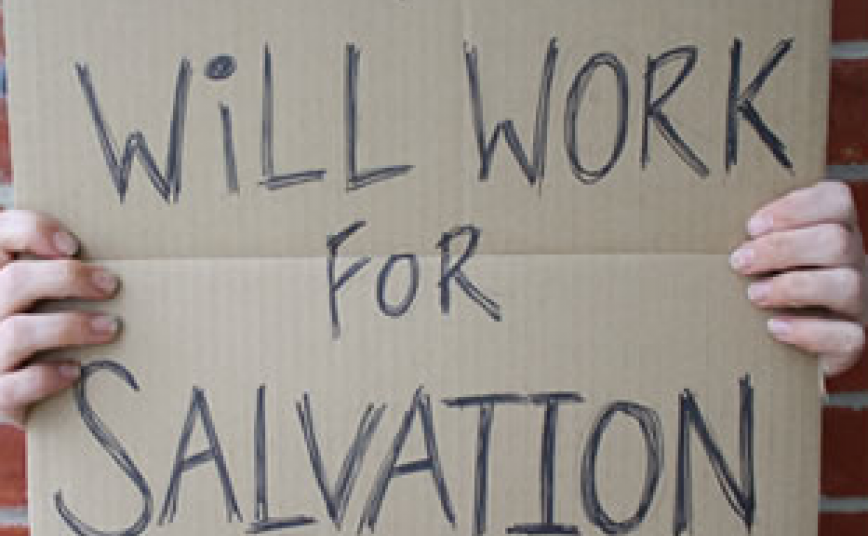 * Many proponents and critics of Thomas Aquinas’s theory of natural law have understood it roughly as follows. The first principle of practical reason is a command: Do good and avoid evil. Man discovers this imperative in his conscience; it is like an inscription written there by the hand of God. Having become aware of this basic commandment, man consults his nature to see what is good and what is evil. Ps 37:27, 1 Pet 3:11