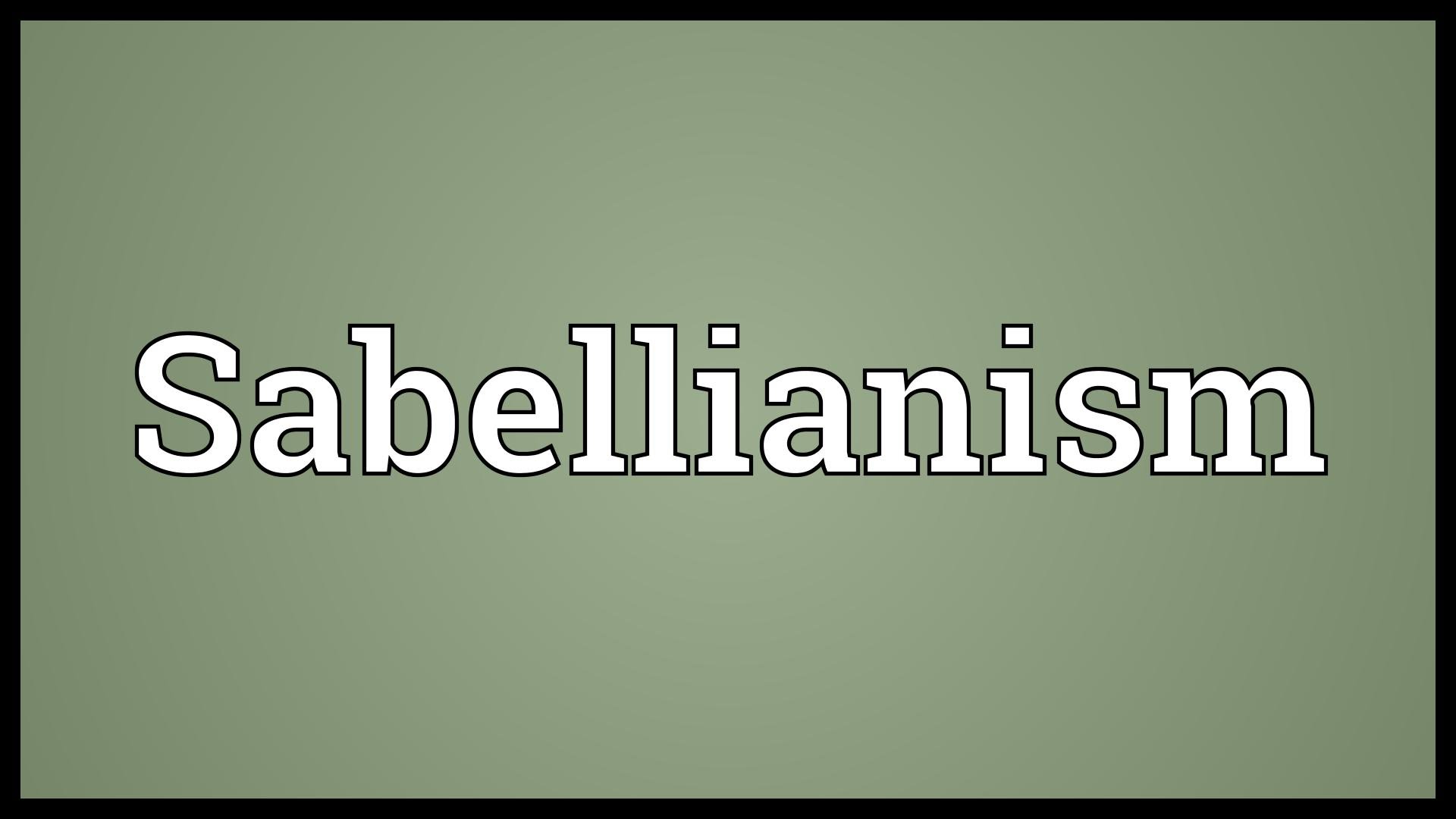 One of the most hotly debated theological issues in the early Christian church was the doctrine of the Trinity. How do God the Father, God the Son, and God the Holy Spirit relate to one another? How can there only be one God, but three Persons? All of the various early heresies resulted from individuals overemphasizing or underemphasizing various aspects of the Godhead. Ultimately, all of these false views result from attempts by finite human beings to fully understand an infinite God. (Rom 11:33-36) Sabellianism, Patriapassianism, Modalism, and Monarchianism are just some of the numerous false views included with this heresy.

With all that said, Sabellianism, Modalism, Monarchianism (dynamic and modalistic), and Patripassianism are all unbiblical understandings of the relationship between the Persons of the Trinity. It is impossible for us as finite human beings to fully understand an infinite God. The Bible presents God as one God, but then speaks of three Persons—the Father, the Son, and the Holy Spirit. How these two truths harmonize is inconceivable to the human mind. When we attempt to define the indefinable (God), we will always fail to varying degrees. Dynamic Monarchianism fails in that it does not recognize the true deity of Jesus Christ. Modalistic Monarchianism / Modalism / Sabellianism / Patripassianism fails because it does not recognize God as three distinct Persons.

It was an early Trinitarian heresy that exaggerated the oneness of the Father and the Son (John 10:30). It was promoted by Sabellius in Rome during the early third century. In the infant Church, the first confession of faith concerning the Divinity of Jesus Christ was based on St. Peter’s words: “You are the Christ, the Son of the living God.” [Matt. 16:16] Early Christians worshipped and died for Jesus Christ based on this simple confession without thinking about what it actually implied. If Christ is God, then how does He relate to the God of the Old Testament? Is Christ another God, another Person or just another manifestation distinct from the Father? In the early third century, a few Christians, who included Noetus, were speculating that the Father and the Son are only different aspects or modes of the one Divine Being. The Father became the Son after taking flesh of Mary. This speculation developed further under Sabellius. The Sabellians (also called Monarchians or Modalists) claimed that since there is only one God, there is only one Person in the Godhead. There are no personal relationships between the Father, the Son and the Holy Spirit. The only distinguishing relationships were between God and man. The Trinity was not three Persons in one God, but three functional relationships with man. The Father is the mode that created man; the Son is the mode that redeemed man; the Holy Spirit is the mode that sanctified man. Pope Callistus condemned this heresy, but it continued to flourish in the East into the fifth century. Even today it makes a comeback with the formula: “In the name of the Creator, the Redeemer and the Sanctifier.” But what is the big difference between three Persons vs. three modes? God is love (1 John 4:8,16). The Son loves the Father (John 14:31; 15:10); however, true love can only be between distinct persons and not manifestations (modes). If there are no distinct personal relationships within the Godhead, then there is no love within the Godhead. God could only love after man was created. This causes problems for the eternal, loving God.

A modern version, Oneness Pentecostalism, teaches that God is one Person, and that the Father (a spirit) is united with Jesus (a man) as the Son of God. However, Oneness Pentecostalism differs somewhat by rejecting sequential modalism, and by the full acceptance of the begotten humanity of the Son, not eternally begotten, who was the man Jesus and was born, crucified, and risen, and not the deity. This directly opposes Patripassianism and the pre-existence of the Son as a pre-existent mode, which Sabellianism generally does not oppose.

Oneness Pentecostals, believe that Jesus was “Son” only when he became flesh on earth, but was the Father before being made man. They refer to the Father as the “Spirit” and the Son as the “Flesh”. But they believe that Jesus and the Father are one essential Person. Though operating as different “manifestations” or “modes”. Oneness Pentecostals reject the Trinity doctrine, viewing it as pagan and un-Scriptural, and hold to the Jesus’ Name doctrine with respect to baptisms. They are often referred to as “Modalists” or “Sabellians” or “Jesus Only”. Oneness Pentecostalism can be compared to Sabellianism, or can be described as holding to a form of Sabellianism, as both are nontrinitarian, and as both believe that Jesus was “Almighty God in the Flesh”, but they do not totally identify each other.

Therefore, it cannot be certain whether Sabellius taught Modalism completely as it is taught today as Oneness doctrine, since only a few fragments of his writings are extant and, therefore, all we have of his teachings comes through the writing of his detractors.

The following excerpts which demonstrate some of the known doctrinal characteristics of ancient Sabellians may be seen to compare with the doctrines in the modern Oneness movement:

Cyprian wrote – “…how, when God the Father is not known, nay, is even blasphemed, can they who among the heretics are said to be baptized in the name of Christ, be judged to have obtained the remission of sins?[18]
Hippolytus (A.D. 170–236) referred to them – “And some of these assent to the heresy of the Noetians, and affirm that the Father himself is the Son…”

Pope Dionysius, Bishop of Rome from A.D. 259–269 wrote – “Sabellius…blasphemes in saying that the Son Himself is the Father and vice versa.”

Tertullian states – “He commands them to baptize into the Father and the Son and the Holy Ghost, not into a unipersonal God. And indeed it is not once only, but three times, that we are immersed into three persons, at each several mention of their names.”