Blessed Pier Giorgio Frassati is a saint for the modern world, and especially for the young people of our time. Born in 1901 in Turin, Italy, to a rich and politically influential family; his mother was the painter Adelaide Ametis; his father was an agnostic, the founder and editor of the liberal newspaper La Stampa, which opposed many Catholic positions, and became the Italian ambassador to Germany.

Pier Giorgio’s time on earth was short-only 24 years-but he filled it passionately with holy living. He was a model of virtue, a “man of the beatitudes,” as Pope John Paul II called him at the saint’s beatification ceremony in Rome on May 20, 1990.  A pious youth, average student, outstanding athlete and mountain climber, he was extremely popular with his peers.  He was described by friends as “an explosion of joy.” His nickname was “Terror”, due to his incessant practical jokes!  As Pier Giorgio’s sister, Luciana, says of her brother in her biography of him, “He represented the finest in Christian youth: pure, happy, enthusiastic about everything that is good and beautiful.”

To our modern world which is often burdened by cynicism and angst, Pier Giorgio’s life offers a brilliant contrast, a life rich in meaning, purpose, and peace derived from faith in God. From the earliest age, and despite two unreligious parents who misunderstood and disapproved of his piety and intense interest in Catholicism, Pier Giorgio placed Christ first in all that he did. These parental misunderstandings, which were very painful to him, persisted until the day of his sudden death of polio. However, he bore this treatment patiently, silently, and with great love.  He was especially devoted to St Catherine of Siena and St Thomas Aquinas.

Pier Giorgio prayed daily, offering, among other prayers, a daily rosary on his knees by his bedside. Often his agnostic father would find him asleep in this position. “He gave his whole self, both in prayer and in action, in service to Christ,” Luciana Frassati writes. After Pier Giorgio began to attend Jesuit school as a boy, he received a rare permission in those days to take communion daily. “Sometimes he passed whole nights in Eucharistic adoration.” For Pier Giorgio, Christ was the answer. Therefore, all of his action was oriented toward Christ and began first in contemplation of Him. With this interest in the balance of contemplation and action, it is no wonder why Pier Giorgio was drawn in 1922 at the age of 21 to the Fraternities of St. Dominic. In becoming a tertiary, Pier Giorgio chose the name “Girolamo” (Jerome) after his personal hero, Girolamo Savonarola, the fiery Dominican preacher and reformer during the Renaissance in Florence. Pier Giorgio once wrote to a friend, “I am a fervent admirer of this friar (Savonarola), who died as a saint at the stake.”

Pier Giorgio was handsome, vibrant, and natural. These attractive characteristics drew people to him. He had many good friends and he shared his faith with them with ease and openness. He engaged himself in many different apostolates. Pier Giorgio also loved sports. He was an avid outdoorsman and loved hiking, riding horses, skiing, and mountain climbing. He was never one to pass on playing a practical joke, either. He relished laughter and good humor. As Luciana points out, “Catholic social teaching could never remain simply a theory with [Pier Giorgio].” He set his faith concretely into action through spirited political activism during the Fascist period in World War I Italy. He lived his faith, too, through discipline with his school work, which was a tremendous cross for him as he was a poor student.  He studied mineralogy in an engineering program.  Most notably, however, Pier Giorgio (like the Dominican St. Martin de Porres) lived his faith through his constant, humble, mostly hidden service to the poorest of Turin. Although Pier Giorgio grew up in a privileged environment, he never lorded over anyone the wealth and prestige of his family. Instead, he lived simply and gave away food, money, or anything that anyone asked of him. It is suspected that he contracted from the very people to whom he was ministering in the slums the polio that would kill him.

Even as Pier Giorgio lay dying, his final week of rapid physical deterioration was an exercise in heroic virtue. His attention was turned outward toward the needs of others and he never drew attention to his anguish, especially since his own grandmother was dying at the same time he was. Pier Giorgio’s heart was surrendered completely to God’s will for him. His last concern was for the poor. On the eve of his death, with a paralyzed hand, he scribbled a message to a friend, reminding the friend not to forget the injections for Converso, a poor man Pier Giorgio had been assisting.

When news of Pier Giorgio’s death on July 4, 1925 reached the neighborhood and city, the Frassati parents, who had no idea about the generous self-donation of their young son, were astonished by the sight of thousands of people crowded outside their mansion on the day of their son’s funeral Mass and burial. The poor, the lonely, and those who had been touched by Pier Giorgio’s love and faithful example had come to pay homage to this luminous model of Christian living. Pier Giorgio’s mortal remains were found incorrupt in 1981 and were transferred from the family tomb in the cemetery of Pollone to the Cathedral of Turin.

Frassati Societies exist throughout the world for young people interested in the Catholic faith, often centered around high schools and colleges.  The mission of the societies is to help young people live out the Beatitudes through prayer, service, and fun. 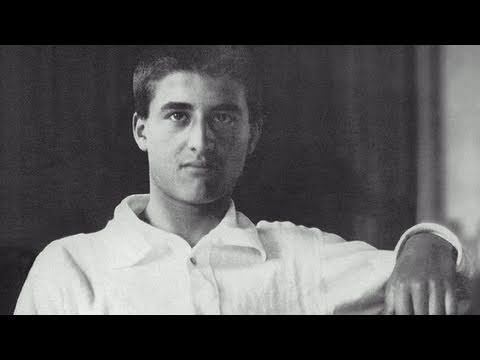 “I would like for us to pledge a pact which knows no earthly boundaries nor temporal limits:  union in prayer.” – in a letter to his friend, Isidoro Bonini, Jan 15, 1925.

“To live without a Faith, without a patrimony to defend, without a steady struggle for the Truth, is not living but existing.” – Bl Pier Giorgio Frassati

“Sadness ought to be banished from Catholic souls.” -Bl. Pier Giorgio Frassati

“The faith given to me in baptism suggests to me surely: by yourself you will do nothing, but if you have God as the center of all your action, then you will reach the goal.” -Bl. Pier Giorgio Frassati

“We were quietly eating when we heard Marischa’s screams. At first I thought it was thieves, but on reaching the hall and seeing one of them about to cut the telephone wires, I immediately realized that they were the Fascists. My blood raced in my veins. I threw myself at that scoundrel shouting “rascals, cowards, assassins,” and delivered a punch.” — Excerpt from PGF’s letter to his friend Antonio Villani on June 23, 1924, describing his defense of the family home a day earlier. The incident was recounted in papers as far away as the United States.

“We went to the mountains together… There were more than twenty of us, and every time we stopped, Pier Giorgio gave us his little speeches very enthusiastically, comparing our climb in the mountains to our spiritual ascent in our faith in Christ. Even Father Bonino was amazed. He said that he, a priest, hadn’t thought of saying such sublime things to us. Pier Giorgio said, ‘Let’s climb higher and we’ll hear the voice of Christ even better!’” – Testimony of Antonio Valetto

“Pier Giorgio didn’t flee from intimacy; on the contrary, he loved, and thus he overcame the typical Biellese resistance to speaking about love for Jesus in the Blessed Sacrament, something that is central to the Christian life. He left me with an unforgettable impression, so much so that I consider Pier Giorgio to be one of the strongest and most solid souls ever to live in Christ Jesus.” – Testimony of Lorenzo Berra, engineer

“We teased him a bit. He had trouble organizing mountain hikes that didn’t involve missing Sunday Mass, which for him was more important than anything else. This seemed a bother to those who were not so faithful to the Sunday Mass precept, but Pier Giorgio could not give in. He wasn’t a fanatic, but he would not compromise on this.” – Testimony of Carlo Enrico Galimberti, engineer

“I must say that when he prayed, it was something extraordinary. I saw him quite a few times during night-time adoration at San Secondo Church. He was enchanted with the liturgy, and it seemed that the ritual lifted him up to another world. In fact, I never saw anyone else like that boy, who was humility personified.” – Testimony of Emilio Zanzi, journalist

“I watched him in the house of God. Frassati seemed like someone else, someone unrecognizable. I would never have suspected that that young rabble-rouser who was quick to crack a joke was capable of such a radical change. He prayed with exemplary composure. He was never distracted, he remained motionless, with his arms folded, with a posture that was devout and manly at the same time. He was prayer personified, in soul and body.” – Testimony of Maria Tasca, Ph.D.