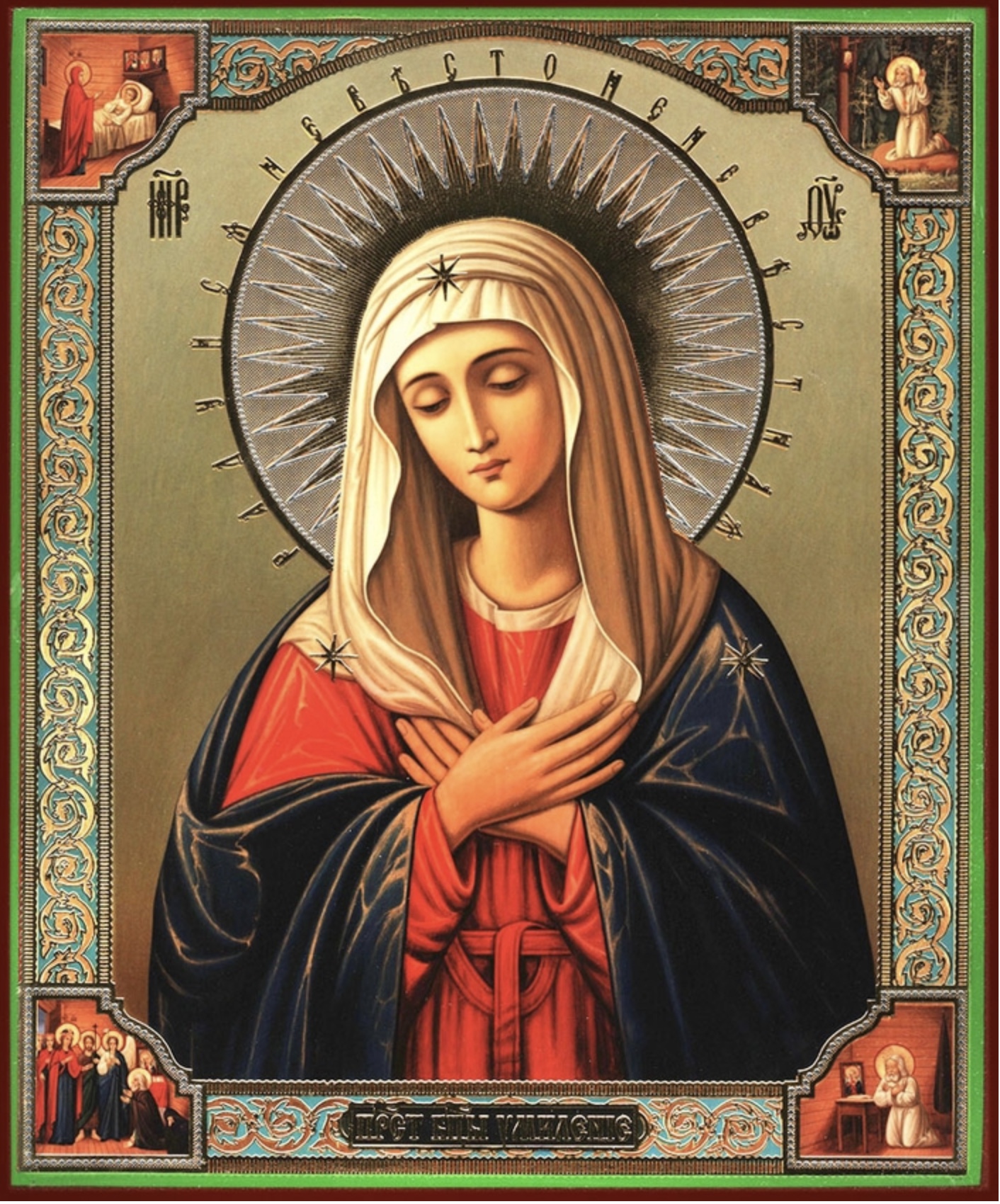 Presence of God – O Mary, humblest of all creatures, make me humble of heart.

St. Bernard says: “It is not hard to be humble in a hidden life, but to remain so in the midst of honors is a truly rare and beautiful virtue.” The Blessed Virgin was certainly the woman whom God honored most highly, whom He raised above all other creatures; yet no creature was so humble and lowly as she. A holy rivalry seemed to exist between Mary and God; the higher God elevated her, the lowlier she became in her humility. The Angel called her “full of grace,” and Mary “was troubled” (Luke 1:28, 29). According to St. Alphonsus’ explanation, “Mary was troubled because she was filled with humility, disliked praise, and desired that God only be praised.” The Angel revealed to her the sublime mission which was to be entrusted to her by the Most High, and Mary declared herself “the handmaid of the Lord” (Luke 1:38). Her thoughts did not linger over the immense honor that would be hers as the woman chosen from all women to be the Mother of the Son of God; but, she contemplated in wonder the great mystery of a God who willed to become incarnate in the womb of a poor creature. If God wished to descend so far as to give Himself to her as a Son, to what depths should not His little handmaid abase herself? The more she understood the grandeur of the mystery, the immensity of the divine gift, the more she humbled herself, submerging herself in her nothingness. Her attitude was the same when Elizabeth greeted her, “Blessed art thou among women” (Luke 1:42). Those words did not astonish her, for she was already the Mother of God; yet she remained steadfast in her profound humility. She attributed everything to God whose mercies she sang, acknowledging the condescension with which He had “regarded the humility of His handmaid” (Luke 1:48). That God had performed great works in her she knew and acknowledged, but instead of boasting about them, she directed everything to His glory. With reason St. Bernardine exclaims: “As no other creature, after the Son of God, has been raised in dignity and grace equal to Mary, so neither has anyone descended so deep into the abyss of humility.” Behold the effect that graces and divine favors should produce in us: an increase of humility, a greater awareness of our nothingness.

“O Virgin! glorious stem, to what sublime height do you raise your corolla? Straight to Him who is seated on the throne, to the God of Majesty. I do not wonder since you are so deeply rooted in humility. Hail, Mary, full of grace! You are truly full of grace, for you are pleasing to God, to the angels, and to men: to men, by your maternity; to the angels, by your virginity; to God, by your humility. It is by your humility that you attract the glance of God, of Him who regards the humble, but looks at the proud from afar. As Satan’s eyes are fixed on the proud, so God’s eyes are on the lowly” (St. Bernard).

O Mother most humble, make me humble so that God will deign to turn His eyes toward me. There is nothing in my soul to attract Him, nothing sublime, nothing worthy of His complacency, nothing truly good or virtuous; whatever good there is, is so mixed with wretchedness, so weak and deficient that it is not even worthy to be called good. What, then, can attract Your grace to my poor soul, O Lord? “Where will you look, but on him who is poor and humble, and contrite of heart?” (cf. Isaiah 66,2). O Lord, grant that I may be humble; make me humble, through the merits of Your most humble Mother.

O Mary, had you not been humble, the Holy Spirit would not have come upon you, and you would not have become the Mother of God …” (cf. St. Bernard). Similarly, if I am not humble, God will not give me His grace, the Holy Spirit will not come to me, and my life will be sterile, unfruitful. Grant, then, O Holy Virgin, that your humility, which is so pleasing to God, may obtain pardon for my pride, and a truly humble heart.”